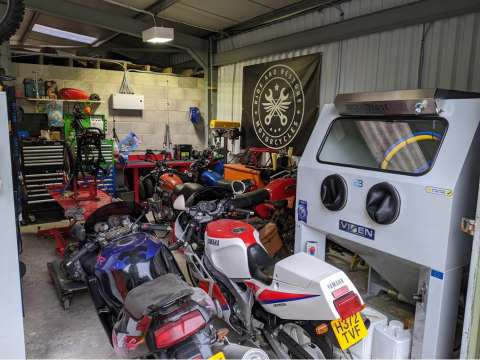 Ride and Restore based in Macclesfield, UK are a workshop which specialises in the repair and restoration of motorcycles.

The owner Christian Bell, decided to purchase the Aquablast 1215 to clean up aluminium components such as engine casings, wheel hubs and suspensions.

Thanks to Vixen, Christian can now rule out the use of subcontractors, degreasing tanks and hand tools. By bringing the process in house, it has allowed him to drastically reduce timescales and outgoings, all whilst increasing profits.

This means the vapor blasting cabinet can now thoroughly blast clean parts and quickly removes deposits such as rust, dust and oil - which is vital in the restoration industry. The dust-free process cleans by flow, not impact with the water acting as a lubricant.

This results in extended media life as well as avoiding media impregnation or causing any dimensional change to the component.

To aid Christian in making his purchase, he was invited up to our state-of-the-art demonstration centre. Here he was able to see the proposed machine in action, and put it to the test with some of his own parts...

It’s fair to say he was not disappointed with the outcome! 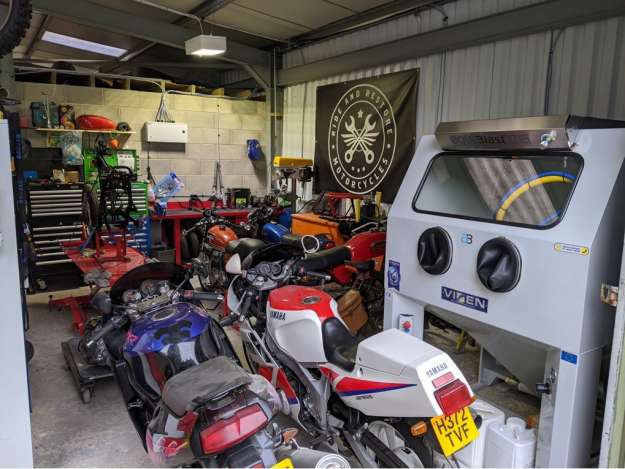 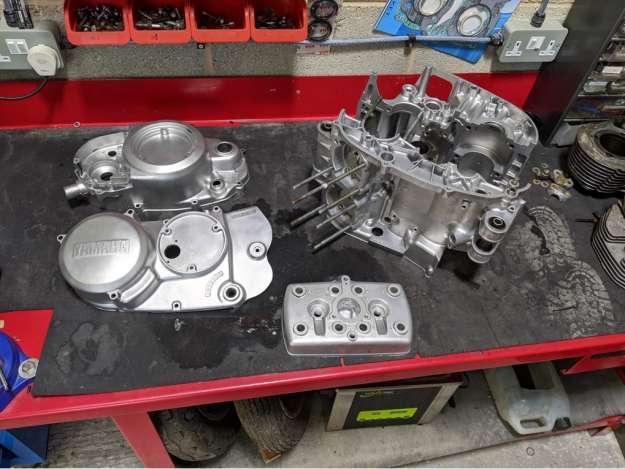 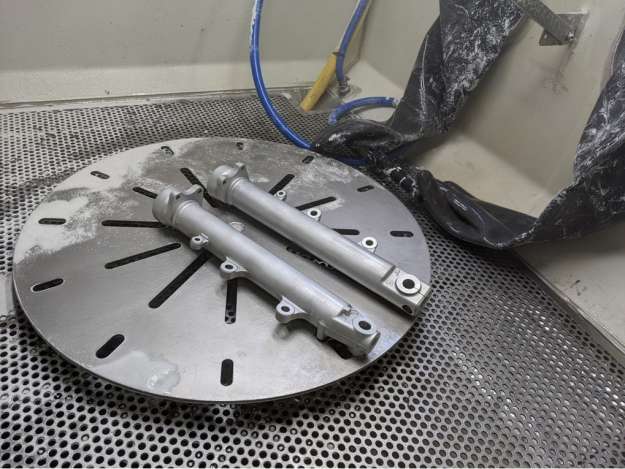 “I am absolutely blown away with how effective the machine is. It has allowed me to clean motorcycle parts in house, time scales on work have decreased and big costs have been saved.”