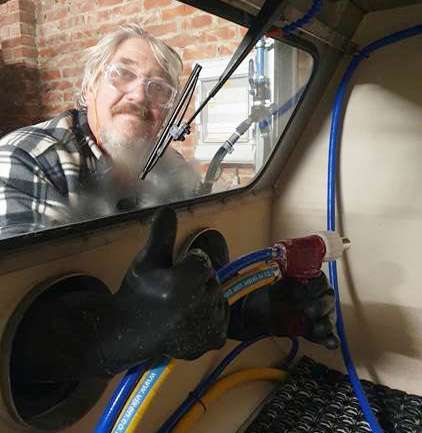 Mutanawe Blast Shop in Belgium has set up a restoration workshop thanks to our Aquablast 1215!

The owner Herman De Bie, has been self-employed for 27 years and has worked as a professional diver and crane operator all over the world. Recently however he has sought to find a new profession that allows him to work from home.

Herman has had a keen passion for scooter and motorcycle repair since he was a teenager and his interest has only grown in the last couple of years. Together with some friends, Herman has set up a small restoration workshop called Mutanawe.

Having been introduced to the Aquablast machine by a friend of his, Herman couldnt believe the results.

After some research, Herman decided to buy his own Aquablast machine from Vixen, and has been even more amazed with its performance. He mainly uses the machine for degreasing and removing rust and paint remains from chrome components.

Aquablasting delivers a clean, smooth result quickly. One of Herman’s favourite advantages is the machine’s compactness and mobility which allowed him to install it right in his home workshop.

Before owning the machine, he cleaned the motorcycle components by hand and this could easily take a few days to finish; whereas with Aquablast 1215, the work takes just an hour or two to deliver much better results.

The Aquablast 1215 processes medium to large components which is vital when restoring anything automotive from brake callipers all the way to engine blocks.

The wet blasting method combining abrasive media with water produces a sleek, soft look; which is ideal for cosmetic finishes in restoration.

When Covid-19 passes, Herman is planning to present his work at gatherings for classic bike enthusiasts in and around Belgium. With the intention of expanding his business, he plans to put the Aquablast 1215 to work, making his living in restoration. ‘For the love of old timer bikes!’

Herman purchased the Aquablast 1215 from our Belgium distributor Softblasting Systems and rating his service 10/10! 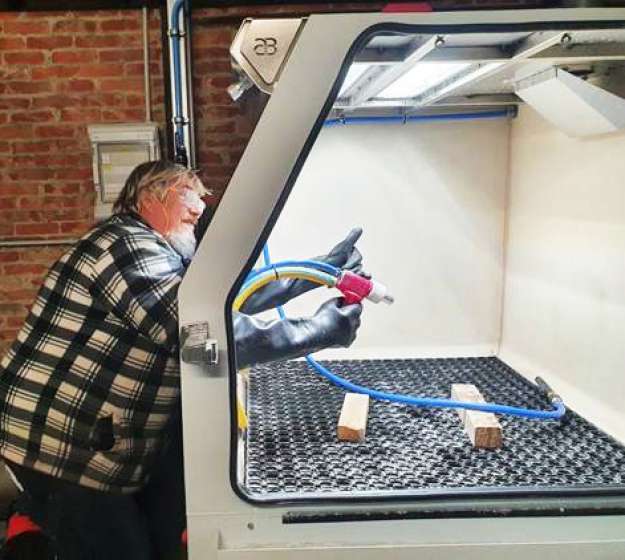 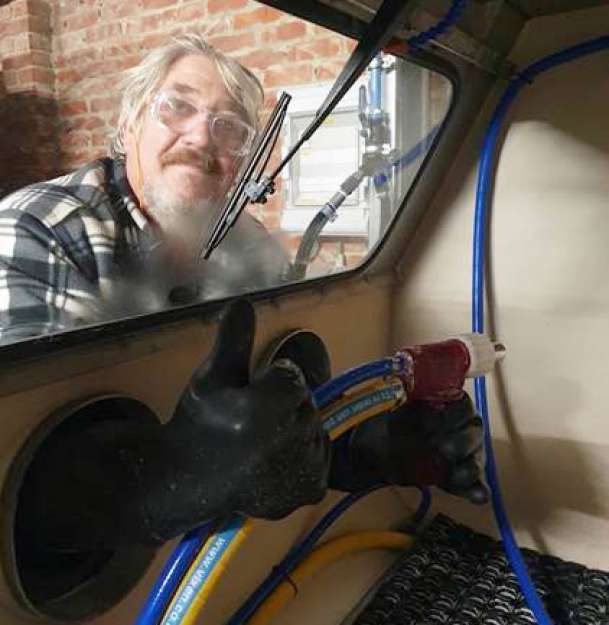 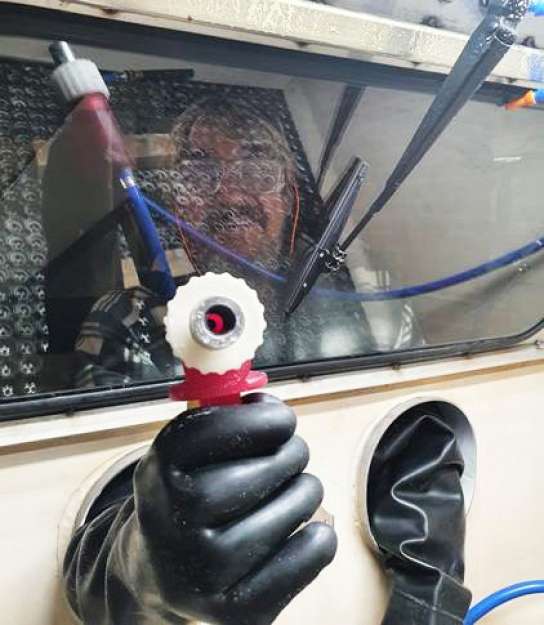 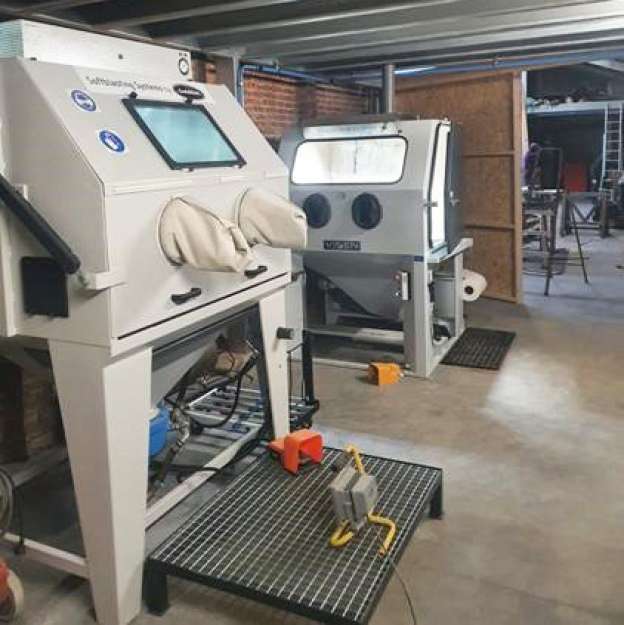 “A friend came by with an old unbuilt Laverda motorcycle, so we built it up again together. The components were all aquablasted by Mr. Charles Koopmanschap and the results were incredible! That's when I knew I had to get one for myself. I purchased the Aquablast from Vixen's Belgium distributor and his service was 10/10!”